Everyone at England Darts are pleased to see the launch of the new England website. Many people have put a lot of work into the site and will continue to do so, but the new site wouldn’t have been possible without the planning and setting up done by David Ballantine who has put in many hours behind the scenes. Thank you David.

There are still some items to be added to the new site, but the old site is still available and will remain available until all the relevant information has been transferred. Just go to the archive button above.

Players are now able to complete entry and payments to The England Open Darts Festival to be held during 10th – 12th September 2021 at the Bunn Leisure White Horse Complex in Selsey West Sussex.

The England Open event is sanction by the W.D.F as a Gold Ranked Tournament with the winner of both the Men's and Ladies Championships gaining direct entry into stage finals of the W.D.F World Championships to be held in the new year.

For players who are already members of England there is an opportunity of securing discounts on all 4 singles championships during the Festival, alternatively players can become members before they place their entries and receive the same discounts. A full list of events and entry criteria can be found on the Event Information Page.

The event will be held in conjunction with the iconic British Open on Friday 15th October, 2021 at the Spa in Bridlington.

The two winners in addition will qualify for the WDF World Championships and World Masters to be held in December 2021. Discounts will apply for England members.

History was made recently when the youth teams of England, Scotland and Wales played each other in the first ever British International Youth Online Challenge and whilst the main object was to give the youth players a different opportunity during the pandemic, we were delighted to see England take the title.

As this was deemed a great success for the youths, we are now pleased to announce that England have arranged Online Youth International Friendlies against both Russia and Hungary.

The first of these, International Friendlies will be played this Sunday when England and Russia will play a match, based on the four person teams that is played as part of the WDF World and Europe Cups, it will see each player playing all four players in the opposing team over just one leg of 501.

The girls team will be spearheaded by Beau Greaves who has an incredible record for England youth, having played a record breaking eight matches in the youth British Internationals, winning all eight matches, plus two further wins in the recent online challenge matches. She will be joined in the team by the new England Darts Diamond League Champion, Lauren Stokoe. Diamond League Runner Up Eleanor Cairns and Diamond League semi-finalist Rosie O’Connor make up the girls team.

Three of the Boys, Tavis Dudeney, Luke Littler and Nathan Potter all played for England in the recent Youth Challenge and they will be joined by Leo Beechey who will be making his first online appearance for England. Luke is the current Diamond League and Online GP champion, Tavis and Nathan are already seasoned regular players in senior County darts and Nathan started his International career with a 180 in his very first throw, Leo joins the team as he showed consistent performances in the Online GP and Diamond League events recently.

We wish them all the very best of luck against Russia.

Congratulations to the England team on winning the British International Youth Challenge match over the weekend with a 5-1 win over Wales and a 4-2 win over Scotland.

It has been great to see players from all three Countries have the opportunity to represent their Countries, for some it will be their last appearances for the Youths and for others it will be the start of their International career.

We thank all the officials who have put in a lot of work to make this weekend happen. For England the next weekends will see them play online matches against Hungary and Russia.

England Darts are delighted to announce their Youth Team Squads for the forthcoming Youth International Friendlies versus Russia and Hungary.

On Sunday 11th April England Youth will play Russia in a WDF Team Format match, which consists of a Best of 17 leg match where each player plays each player in the opposing team over one leg (similar to the Six Nations format but just with 4 players).

The second International friendly sees England Youth take on Hungary Youth on Saturday 17th April. this will see an expanded format used in the British Internationals with 8 boys and 4 girls from each side taking part in this match.

The side for this match was selected from those who had competed in the Online Grand Prix Series and Diamond League Qualifiers and focuses on those mainly outside the England Youth side and those who may be involved in future years.

These matches will be steamed live on the England YouTube channel by TC Streams and while Full International  Caps won't be awarded, players will be awarded Official Online Caps.

Youth Official Bradley Kirk states 'It is a great opportunity for these youngsters who have been supporting our events in these testing times. With the possibility of WDF International Events later in the year and lack of recent information to select the teams we have felt its important to provide Youth with opportunities as laid out in the Online Grand Prix Series, Diamond League and these Youth International Friendlies. it is important we continue to provide these opportunities and look to develop youth players to continue to compete on the world stage and part of this is looking at younger players and giving them pathways for the future and this is illustrated by the young squad we have picked for the Hungary match which includes the likes of Lauren Stokoe, Lewis Mayes,  Archie Self and Olly Raywood who are all at different stages of their development and all have the potential to make the full England Team in future years.' 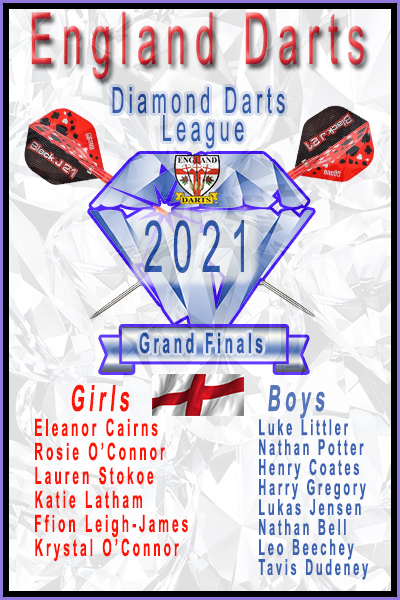 The qualifying rounds of the England Youth Diamond Darts League sponsored by Montagu Properties Services have been completed with the successful 8 boys and 6 girls moving into a round robin league format starting on Friday 5th March and continuing throughout March until the top 4 boys and girls take part in the event Grand finals on 27th March.

All the matches will be streamed on the England Darts YouTube Channel by TCStreams.

Full details of times and players’ schedules will be released in the next 24 hours.

Once again England’s ongoing commitment to youth darts is highlighted by yet another unique tournament supporting both boys and girls.

Our sincere thanks to the main sponsor Montagu Properties Services and the many donations from dart players and supporters, without which, the events would not be possible, once again a massive well done to our superb England Youth officials.

At a meeting this week of the Executives of the 6 Nations International Darts Championships, as a result of the ongoing health implications from the Covid 19 Virus and the continuing possibility of travel restriction still affecting the countries, it is in the best interest of our players welfare, that it is unrealistic to attempt to hold the event in June this year. Therefore the event will be cancelled for 2021, and re-scheduled in Scotland in 2022. 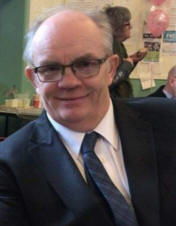 Today England has received the devastating news that our friend and colleague Rick Cousins has passed away. Rick was a truly lovely guy, he was an integral and irreplaceable part of England Darts, one of the unsung heroes of our Organisation, who behind the scenes set up the venues with our small group, was available for all of the jobs that needed to be done during the duration of the events.

All this apart Vic, Greg, myself and the other Directors had so much fun and banter with Rick in the days of event preparation and shared lots of evenings together at the bar after the day's work had finished, sharing darts and family stories, just so much fun.

I know I speak for everyone in England Darts, this is one of the saddest days in the history of our Organisation, losing such a diamond of a person like Ricky Cousins.

We send our sincere condolences to his wife Sandra and all of their family and friends in the UK and Japan. 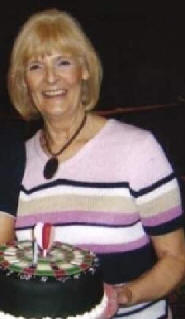 On behalf of England Darts we would like to send our condolences to the family of former England International, Rhoda Harby who sadly passed away on Monday.

Rhoda played twice for England, winning against Wales but losing against Scotland.

At the time Rhoda played for England she was playing her County darts for Hampshire, who she played for 147 times over a 25 year period. Rhoda also played for Avon and Dorset, without doubt there will be many of her friends that will be sad tonight but recalling many happy memories of their time with her. 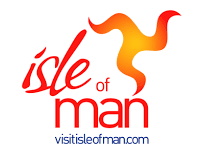 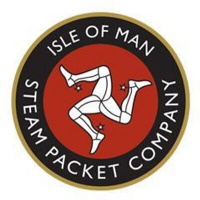 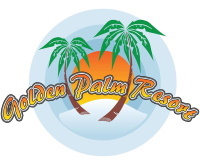 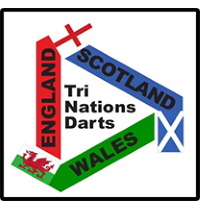